More than 120,000 Americans were held as prisoners of war in World War II. Their fates varied widely depending on their captors and wartime circumstances. Through artifacts, oral histories, and original research, this course will present an overview of the American POW experience in World War II, the factors involved in survival, aspects of daily life, the ways in which POWs documented their experiences, and POWs in popular culture. The course is led by Assistant Director of Curatorial Services Kim Guise and features discussions with other Museum historians and ASU faculty, along with an extensive behind-the-scenes look into the Museum’s collections vaults.

This online course is comprised of oral histories, short videos, interactive learning objects, and artifacts from the Museum's collection. In-course activities will include discussion forums and interactions with faculty members, including questions and answers.

A certificate of completion.

Kimberly Guise holds a BA in German and Judaic Studies from the University of Massachusetts Amherst. She studied at the Universität Freiburg in Germany and holds a masters in Library and Information Science (MLIS) from Louisiana State University. Kim is fluent in German, reads Yiddish, and specializes in the American prisoner-of-war experience in World War II. As a Curator with The National WWII Museum since 2008, she has facilitated the acquisition of thousands of artifacts and has curated several exhibitions including Guests of the Third Reich: American POWs in Europe.

Jason Dawsey, PhD, is Research Historian at The Institute for the Study of War and Democracy, where he researches the service records of WWII veterans and writes their biographies for family members. A native of Columbia, Mississippi, Dawsey received his PhD in 2013 from the University of Chicago. He has taught at the University of Southern Mississippi and the University of Tennessee at Knoxville. Beyond his research on World War II, his interests include the history of the European Left, debates about the impact of technology on modern life, and the history of Holocaust consciousness.

Tom Czekanski, currently The National WWII Museum’s Senior Curator and Restorations Manager, began working at The National D-Day Museum in October 2000, shortly after it opened. He has held a number of positions over the years, supervising the growth of the collections as the Museum transformed into The National WWII Museum. A US Army veteran, he received a bachelor’s degree from the University of Texas at San Antonio and a master’s degree from Texas Tech University. Tom started his museum career at the Texas Transportation Museum in San Antonio. 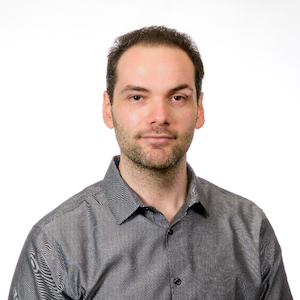 Yan Mann is a Clinical Assistant Professor of History and the Co-Director of the World War II Studies Master’s degree program at Arizona State University. Born in Chernovtsy, Ukraine, Yan studied history at St. Johns University, where he earned a bachelor's and master's degree. He spent a year in Moscow, Russia doing research on a Fulbright grant and received his doctorate at Arizona State University. His research revolves around the relationship between individual and collective memory of the Great Patriotic War, the Stalin cult, censorship, propaganda, and the production of the war’s first official history during Khrushchev’s thaw. He specialized in the Second World War and the Soviet Union.