The causes of US intervention, the changing landscape of diplomatic relations (especially in Asia), the progression of events in the Pacific theatre, the brutal nature of the fighting in the Pacific, the events leading up to Japan's surrender, and the impact of the war across Asia.

Jointly offered with The National WWII Museum in New Orleans, LA, this course explores the Allied campaign across the Pacific during World War II through the eyes of the soldiers and civilians who lived through it. Encounter the battles of Midway, Guadalcanal, Iwo Jima, and more from the vantage point of individuals fighting on the ground, at sea, and in the air on both sides of the conflict. Learn how the war in the Pacific began, how it was fought and won, and how the combatants and civilians of Japan, the United States, and other combatant nations understood the war at the time. Study more about the events that led to the attack on Pearl Harbor and the factors that led to President Truman’s decision to use the atomic bomb.

This course is online is comprised of oral histories and short videos, interactive learning objects, and artifacts from the Museum's collection. In-course activities will include discussion forums and interactions with faculty members, including questions and answers.


Who is this course designed for:

*Please note course facilitation is only available between August 7, 2019 - October 4, 2019. After this date, the course will move to a "read only" state for up to one year. Robert is The National WWII Museum’s Samuel Zemurray Stone Senior Historian. He is an award-winning military historian and scholar who has published 10 books, including The Wehrmacht Retreats: Fighting a Lost War, 1943; Death of the Wehrmacht: The German Campaigns of 1942; and The German Way of War: From the Thirty Years' War to the Third Reich as well as numerous articles covering World War II and 20th-century military history. He speaks widely and contributes regularly to general readership magazines such as World War II.

Dr. Citino enjoys close ties with the US military establishment, and taught one year at the US Military Academy at West Point and two years at the US Army War College. He also was Professor of History at North Texas University, Lake Erie College, and Eastern Michigan University. He has won numerous teaching awards and was voted the #1 professor in the United States on ratemyprofessors.com in 2007. Keith is the Senior Director of Research and History for the Institute for the Study of War and Democracy at The National WWII Museum. He earned BA and MA degrees from Louisiana State University and earned his PhD from George Washington University. He taught at the college level for over 10 years (2002-2012), serving as an Associate Professor at Baton Rouge Community College and Adjunct Professor at Louisiana State University and the University of New Orleans. He received the NISOD Excellence in Teaching Award and has published in venues including the Oxford Forum on Public Policy, Collections: A Journal for Museum and Archives Professionals, and two weekly online columns for the Museum’s website.

Since joining the Museum in 2011, his responsibilities have focused on creating and developing the historical exhibits in the Museum’s capital expansion plan, including the permanent exhibits in US Freedom Pavilion: The Boeing Center, The Duchossois Family Road to Berlin: European Theater Galleries and the Richard C. Adkerson & Freeport McMoRan Foundation Road to Tokyo: Pacific Theater Galleries in the Campaigns of Courage pavilion, and the recently completed The Arsenal of Democracy: The Herman and George R. Brown Salute to the Home Front. 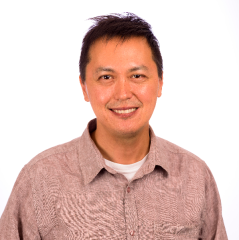 Aaron S. Moore is a historian of modern Japan and East Asia in the School of Historical, Philosophical, and Religious Studies. In addition to courses on modern Japan and East Asia, he teaches thematic courses on the history of science and technology, war and empire, and the global Cold War for the undergraduate, online MA and immersion graduate programs in History and Asian Studies. He also advises honors, master's, and doctoral students in History and Asian Studies. He is an affiliate of ASU's Korean Studies Program and the Center for Asian Research. 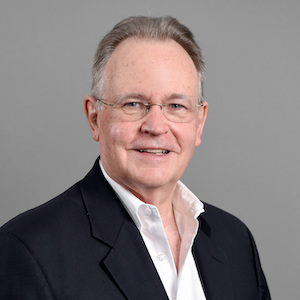 James Rush was a Peace Corps Volunteer in Malaysia and subsequently studied modern Southeast Asian history at Yale University, where he received his PhD in 1977. At Arizona State University, Rush teaches the university's lower-division cross-disciplinary courses Introduction to Asia and Introduction to Southeast Asia as well as the upper-division courses Modern Southeast Asia and South, Southeast, and East Asia in the Global Matrix. Other upper-division and graduate courses have addressed the Vietnam War, the American Philippines (1898-1946), Asia in Western fiction, and Communism and the Cold War. Rush also teaches comparative colonialism in a graduate-level online course. Rush is currently interim director of ASU’s Center for Asian Research and formerly served as director of ASU’s program for Southeast Asian studies. He has served as a consultant to the Rockefeller Brothers Fund, The Asia Society, and El Colegio de Mexico.

“This dynamic collaboration epitomizes ASU’s commitment to innovation and accessibility. Regardless of where they live, students will be able to interact with materials in the Museum’s collection that have typically only been open to professional scholars."