Songwriters create timeless emotion from nothing but melody and lyrics. This module demystifies the songwriting process and arms the modern songwriter with melodic and lyrical concepts to deepen their craft. If you are new to songwriting or have experience, this module will help you improve your craft. Social aspects of songwriting such as studio etiquette and co-writing are also covered. 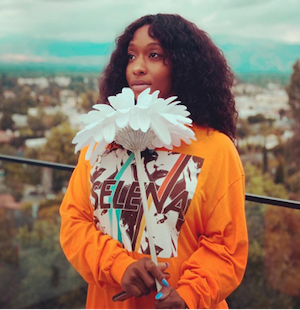 Blush has been working in the music industry and a part of albums worldwide since the early age of 19. She collectively has sold over 1.5 million records as a songwriter. She had been able to work her way into rooms with Award-winning artists such as Demi Lovato, Mary J Blige, Chris Brown, Meghan Trainor, Kelly Clarkson, Timbaland, DJ Snake, just to name a few. She was born into a prestigious army serving family. Her mother's passion for singing and music was instilled in Blush at an early age and this allowed her to blossom her own passion for music, singing and songwriting.

She’s a true artist songwriting career to the most influential artists in the world. She’s a fierce individual and speaks wisdom of empowerment, She’s a voice of all women and equality. 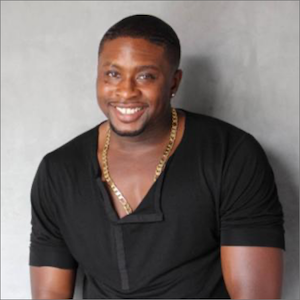 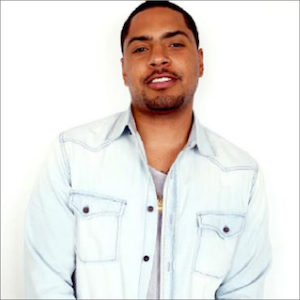 Born and raised in Philadelphia, R&B singer and songwriter Sterling Simms was heavily coached by his grandfather, a musician himself, to be a performer. He exposed Simms to classic soul artists like Sam Cooke and even helped Simms record his first song at age six. Inspired by new jack swing artists like Teddy Riley, New Edition, and Boyz II Men, Simms moved to Atlanta to pursue his singing career when he turned 14. He seized on the opportunity to work with up-and-coming producers (who were his co-workers at a car wash) when they established their own imprint and landed a deal through Sony. Due to restructuring, however, Sony eventually dropped the imprint, leaving Simms extremely frustrated. He moved back to Philadelphia, but was motivated to record again after hooking up with an old contact, '70s Philly soul auteur and producer Kenny Gamble, who offered Simms free studio access.

Returning to Atlanta, Simms formed the songwriting company Knightwritahz with several other writers, since he was more comfortable writing for others in the background than being a full-fledged artist. Through his company, Simms wrote songs for several R&B singers, including Mario and Tyrese. However, after crossing paths with producer Teddy Bishop in 2004, he wanted to perform again, and great opportunities kept coming his way. He first signed with the indie label One Recordings, which led to his demo falling into the hands of Island Def Jam executive Antonio "L.A." Reid. Simms was then picked up by Def Jam and even appeared on rap superstar Jay-Z's comeback album Kingdom Come at 2006's end. Around the same time, his single "Jump Off," featuring rapper Sean Paul of YoungBloodZ, was enjoying regular rotation on urban radio. 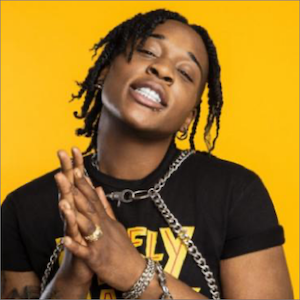 Singer/producer Jozzy started out behind the scenes writing songs for much more established artists. After a big break early on when she connected with Timbaland and worked on tracks with the legendary producer, the floodgates opened and Jozzy began writing for and collaborating with everyone from Beyoncé to Chris Brown to Pitbull. In addition to her work co-writing songs with platinum artists, Jozzy also worked steadily on her own music. In the summer of 2018, she released her debut single, "Push Thru," a simmering slice of hard-edged pop and R&B atmospheres.

Born and raised in Memphis, Tennessee, Jozzy came up as a songwriter and producer, inspired by '90s R&B acts and golden age hip-hop classics. A big break came in the early 2010s when famed producer Timbaland reached out for her to travel to Miami to work on some new songs together. Jozzy jumped at the chance, and within several months she found herself working with a host of new clients and artists, in particular one of her long-held favorites, Missy Elliott. As the years went on, she scored more and more hits for big names, including Chris Brown, Monica, Dreezy, GoldLink, Usher, and even Beyoncé. In 2018, she collaborated with Diplo on a song titled "Live It Up," which went on to be the official theme song of that year's FIFA World Cup competition.

When it came to releasing her own music, Jozzy took her time. In early 2018 she relocated to Los Angeles in an attempt to focus on her own work. She began working in the studio and released her debut single, "Push Thru," in the summer of that year. In 2019, she was recruited to help write a verse for Billy Ray Cyrus for a remix of Lil Nas X's blockbuster single "Old Town Road." That same year saw her issue the singles "Lemonade" and "Feel So Good.