During this seminar, through lectures, conversations and a screening of the recent Sundance film, Them That Follow, students learn what it takes to produce feature films from acclaimed indies to Marvel blockbusters. Producer and former President / COO of Marvel Studios, Michael Helfant (and ASU alumnus), will be your industry guest instructor. Students will case-study Them That Follow, which stars Oscar-winner, Olivia Colman.

Alumni and anyone interested in working in the film and television industry. 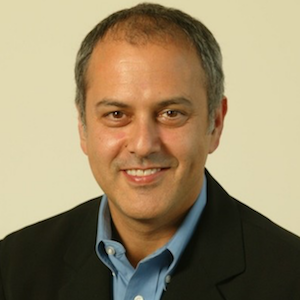 Michael Helfant has 30 years of entertainment industry experience in film, television, video and digital media production, financing and distribution. He is co-founder of both, Amasia Entertainment, an international production/financing company, and Troika Pictures, which Helfant co-founded to develop, produce and finance a slate of youth-oriented motion pictures. In addition to producing soon to be released Sundance feature film, Them That Follow, Helfant produced The Call (aka The Hive), directed by Brad Anderson starring Halle Berry and Abigail Breslin, as well as Careful What You Wish For, The Road Within and Mr. Right. Prior to forming Troika Pictures, Helfant was President and COO of Marvel Studios, overseeing all of the studio’s live action and animation activities in film, television and video. During Helfant’s tenure at Marvel, the studio launched a new slate of self-financed films including Iron Man and The Incredible Hulk. Prior to joining Marvel, Helfant was the Chief Operating Officer of Beacon Pictures, a major independent motion picture production company whose feature film releases included Open Range, Raising Helen, Ladder 49, The Guardian and The Waterhouse.

Adam Collis is a filmmaker and film professor dedicated to making distinctive feature films and to giving his students one of a kind opportunities to learn filmmaking directly from world class filmmakers from both studio and independent realms. He accomplishes this by connecting his students and Hollywood pros through video conferences, at in-class visits, and on actual feature film sets. Six months after graduating from University of South California's (USC) School of Cinematic Arts, Professor Collis directed the 20th Century Fox feature film, Sunset Strip (2000), starring Simon Baker (The Mentalist) and Jared Leto (Dallas Buyer's Club). Professor Collis has directed short form and feature length documentaries. Additionally, he earned his MBA from UCLA's Anderson School of Business where he led a six-month, six-person research study on new business models for Independent Films. In 2014, he produced and directed Car Dogs, starring Patrick Adams (Suits), George Lopez, Nia Vardalos (My Big Fat Greek Wedding), and Oscar winner Octavia Spencer (The Help). Next up for Professor Collis is The Long Blue Yonder, which is being produced by Brunson Green (The Help) and has Tye Sheridan (Mud) attached in the lead role. Professor Collis also has a particular interest in helping young filmmakers get their footing in Hollywood. As a professor of practice of film directing at Arizona State University, he's created classes, programs and internships, including the successful Skype-screening series, Hollywood Invades Tempe, which hosted more than a dozen major Hollywood filmakers and executives.