This deficiency exam will cover the following course objectives:


Who this deficiency exam designed for:

Students who are admitted with deficiencies to graduate programs in Software Engineering in the School of Computing, Informatics, and Decision Systems Engineering (CIDSE) at Arizona State University or students who are interested in becoming eligible to apply for this program. Students may also complete this deficiency exam if they have general interest in the topic area or who are looking for a refresher on operating systems.

You will receive a certificate of completion with your grade that you can attach in your graduate application for any graduate program within CIDSEEmail your certificate to cidse.advising@asu.edu. If you’re a prospective student, you can upload it to your application. 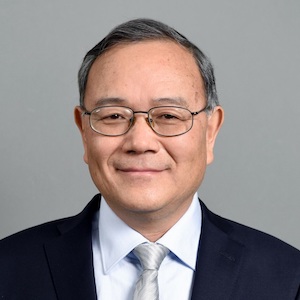 Yinong Chen is a principal lecturer in the School of Computing, Informatics, and Decision Systems Engineering in the Ira A. Fulton Schools of Engineering at Arizona State University. He received his doctorate from the University of Karlsruhe (KIT), Germany, in 1993. He did postdoctoral research at Karlsruhe and at LAAS-CNRS in France in 1994. From 1994 to 2000, he was a lecturer and then senior lecturer in the School of Computer Science at the University of the Witwatersrand, Johannesburg, South Africa. Chen joined Arizona State University in 2001. He's (co-) authored 10 textbooks and more than 200 research papers. He is on the editorial boards of several journals, including Journal of Systems, Software and Simulation Modeling Practice and Theory, and International Journal of Simulation and Process Modelling. Chen's areas of expertise include: Software Engineering, Service-Oriented Computing, Dependable Computing, Robotics and Embedded Systems, and Computer Science Education.